Amulets and various auspicious objects were made to faith in Buddhism and to hold the hearts of the good people. May amulets achievement or holiness in any other way depend on the wishes of the creator or according to the beliefs of the user. The true Buddha amulet always has Buddha's blessing or powerful to the user. Once you understand the true intentions, the amulets and various sacred objects that you possess able to give to those who know the value and faith. According to the merit of each person we do not know how success is, but we certain that amulet is a spiritual value. You must confidence in Phra Kring Pawareth what you wear or worship at the beginning, after that studying the history of Phra Kring Pawareth how it made and understanding why it meticulous and beautiful workmanship like a small Buddha image. When you know all creating process in the end, you will faith in Phra Kring Pawareth. 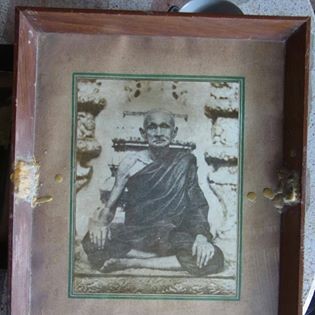 His Royal Highness Prince Somdej Kromprayapawareth-variyalongkorn who first created Phra Kring Pawareth. He was a son of Krom prarajawang  Bawornmahasenanuruk. He was  born on Thursday 18 September 2352 B.E  at 4 pm when the day began to pray for the royal coronation of The King Puthalurdladnapalai ( King Rama III ). The king gave his name Praongjawruek. When Krom prarajawang Bawornmahasenanuruk  was celebrated  regent coronation in the viceroy palace. Praongjawruek was a prince in viceroy palace. After Praongjawruek’s father died his grandmother received him to live in the royal palace.His grand mother consecrated him to the King Rama IV ( King Mongkut )  . In the year 2365 B.E he entered as a novice at Wat Mahathat . He entered as a novice 4 years. He became venomous illness and resigned from priesthood for treatment.

In the year 2434 B.E he was celebrated as the 8th Supreme Patriarch of Thailand. Beside this,he was recognized that all over the royal family no one older than him. And all the royal family was under ordained from Somdej Kromprapawarethwariyalongkorn. His long live and his long time under the Buddhist monks status for 63 years and also no monks in his contemporary was  over ordinate than him. Therefore, as above reasons, he was advisable to hold the great honor. The King Rama V consecrated the Maha samanutthamapisek ceremony to Somdej Kromprapawareth-wariyalongkorn in the same year. Phra Kring Pawareth has been called the king of Thailand ringing amulet. Phra Kring Pawareth is believed to has great power of grace in mercy, fortune and success in work, smooth in work and travel but the most outstanding in treatment of disease and protect danger. Beside this, can help meditation achievement.